So, it's been three weeks since Dave's trip to Marion Lake with our friend Eric. The pictures finally were converted and edited. Dave did a great job of recording his adventures. 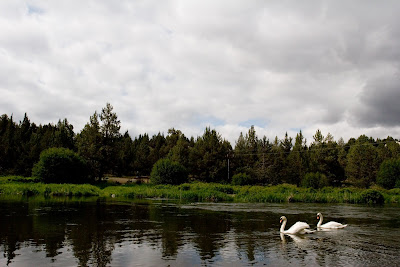 They saw these beautiful swans and Eric wanted to go and chase them. They ended up chasing Eric! 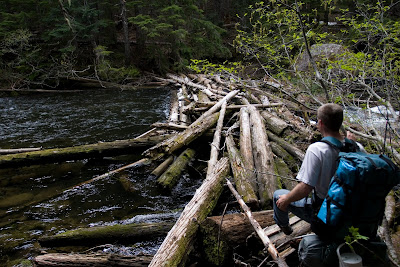 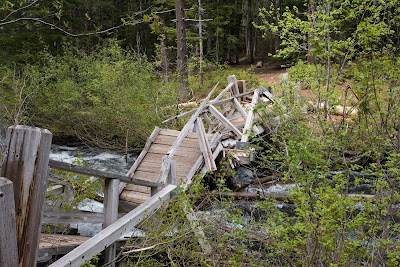 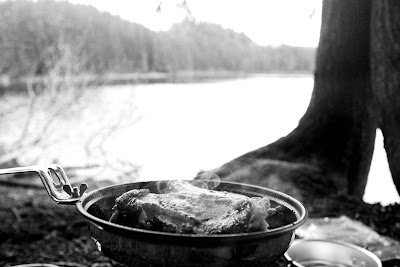 Dave caught some good trout and had a great meal that evening. 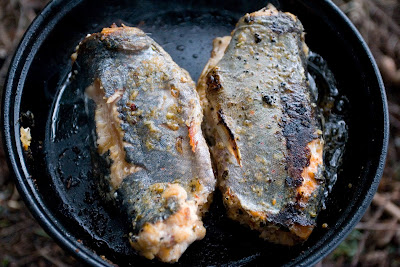 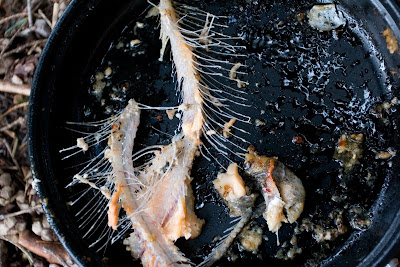 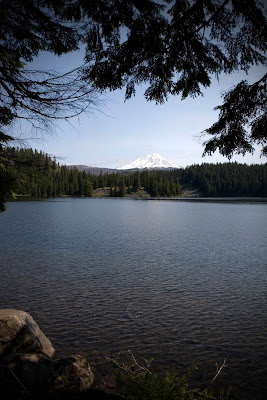 I loved the photos he took of the view! 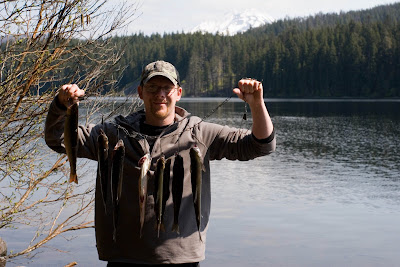 Dave's fishing pole broke the first time he fished. So, he taped it with tape from the first aid kit. It didn't work. Every time he caught a fish he had to hold the pole that was bent at a 40 degree angle and then reeled it in. He still caught more fish. Just like Dave... 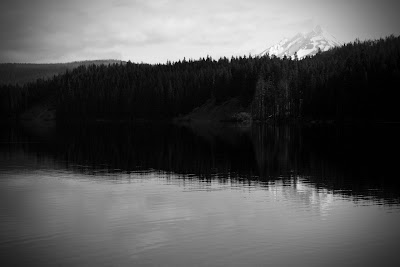 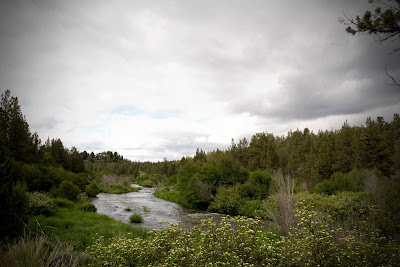 On the way back, Dave fell through the logs over the river. He had a hand-size injury on his leg. Man it was ugly. We should of taken pictures every day since the bruise got worse every twenty four hours. But that would of been a little gross to post online. ;)
Posted by Jennifer Evans at 11:28 AM

Thanks for the pictures! Loved them all - dave is such a show off, catching more fish! Oh, I loved the before and after of the fish they ate!

Gorgeous pics of the scenery...fish bones creep me out though....just fish bones in general...... =D I'm sure it was tasty though!!!!

I want to see the one of the swans chasing Eric! Great pics.