Dave got so excited to crab. He rushed out to get his license and pulled the crab rings out of the garage. He joined the other men out on the bay crabbing and chatted with them. They all were catching a lot but had to throw them back because they were either female or too small. Finally, hours later Dave caught a male! To his surprise it was alive and only had half of his legs. Dave's new fisherman friends started to catch males too. Sadly, Dave then lost a crab ring so he got the extra one out of the garage. By evening time, Dave came in with his one crab, smiling showing me that he found the lost crab ring. Then he laughed telling me that he forgot to tie off another and so we were still in the red. 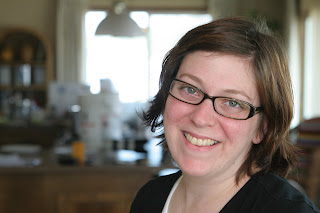 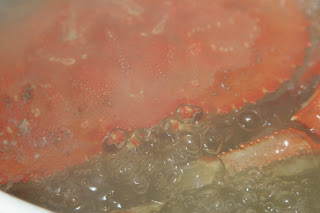 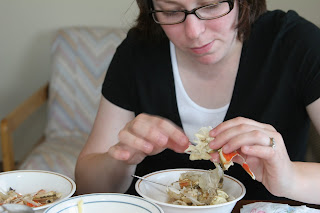 He called Dad and found out how to cook it up for me. He boiled the large crab for 15 minutes until it was bright red. Dave doesn't even like crab so I got it all! It was SO good! It was the best crab I have ever had in my life! The next morning Dave ran outside to see if he could find the lost ring. The rope was floating in the water. Dave had to dig it out of the sand. We left the vacation with all crab rings found.
Posted by Jennifer Evans at 11:11 AM

That picture of the boiling crab makes me want to become a vegetarian!

uhhh, yeah, I'm with Becca....the boiling crab picture does nothing to sell me on wanting to EAT the crab!! I'm sure it was mighty tasty though!

I thought so too. I didn't look at the whole cooking process. I thought that I would get grossed out and tell Dave that I couldn't eat it. What a day that would of been! Catching crab all day for - no one. - Jen