Saturday night I stayed up way too late uploading all the genealogy writings that everyone has been sending me these last four months into a book! I created a book and am having it published in a paperback. When I finally went to bed it was 1:30am!

Just in time for Ethan to crawl into bed with us and me to roll out at 6:30am for church. Dave, who by the way, fell asleep at 7:30pm, was wide awake! Mind you this never happens on Sunday. Dave thought he had so much time that he took a bath with a book and coffee. I had to remind him that he had fifteen minutes before we had to be on the road. It was quite funny. He thought he had loads of time since he got up on his own. At least he was awake and relaxed. Ha!

Ethan has been loving his sunglasses lately. Funny, since he wouldn't leave them on during the summer. But now that it is freezing outside he wants to wear them. Isn't he so cute? 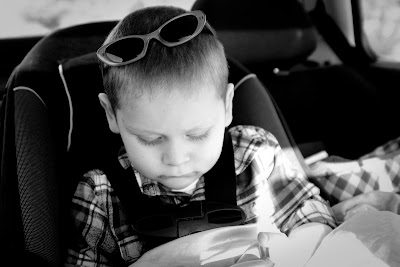 After church, we went over to the Grinder's for "Christmas" since they will be gone next week to be with family in California. I love the pictures Dave got of the family. They are some of my favorites. 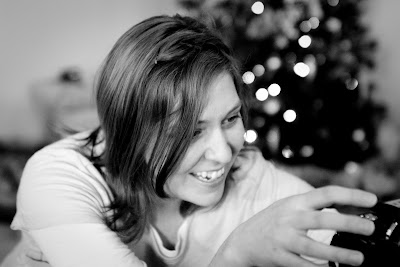 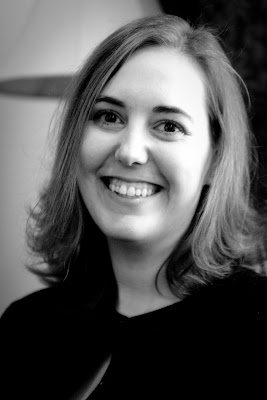 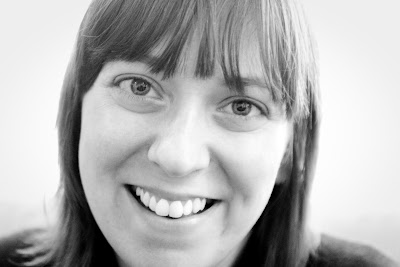 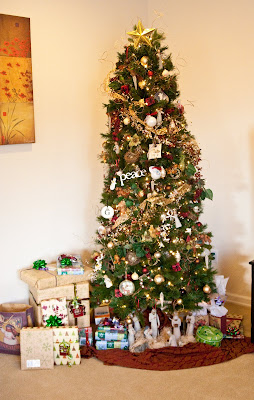 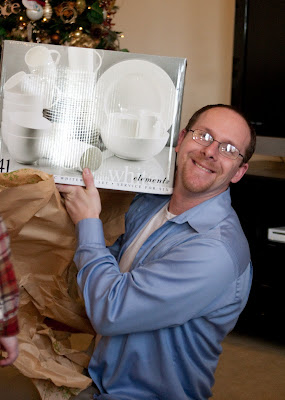 Dave was also trying to get me to tell him what we all bought him all month! He knew we all pitched in but he had no idea! Boy, was he totally surprised and hasn't stopped polishing it since we got it home. In fact, when he came home from work today, he stopped to "check on it." 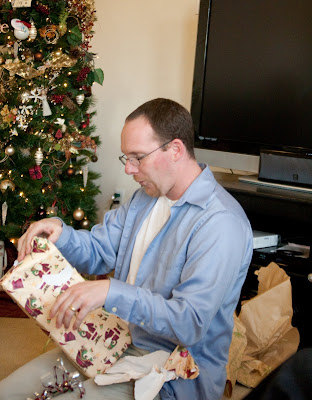 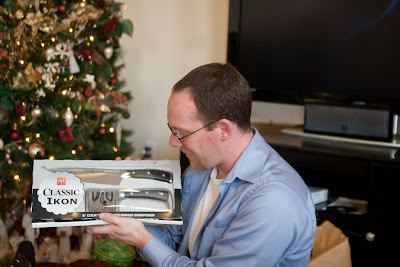 I haven't got the courage to try it out yet. It is so sharp I could easily slice my finger off instead of the potato. 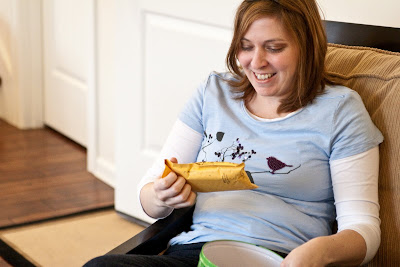 Becca had no clue what I got her for Christmas and there would of been no way she could of guessed. The Black Apple only had seven of these made this time around and I was shocked that I made it before they were all sold out. I bought mine four minutes into the update and there were only two left. 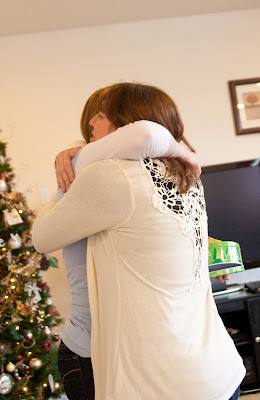 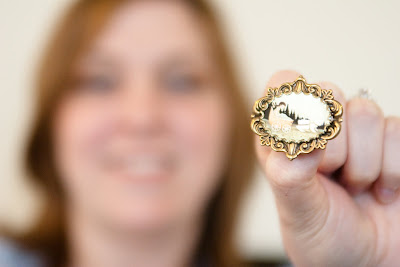 Isn't it cute? I actually kept the package because Emily has the cutest label and stamp on her package. Plus, it just makes it that much more special with the artist's handwriting and such (actually I think it is her boyfriend that does the packaging).
Posted by Jennifer Evans at 9:46 PM

love the spirit of kindness and giving!