So, this morning, Dave rolls over in bed and glances at the clock. He is late! He hops out of bed and within ten minutes he is out the door! To save time, he takes my car since it is parked behind his. I think it was an hour and a half later, Dave comes walking in the bedroom. I guess, he got as far as Stayton (twenty minutes away) and the car over heated. He sat on the side of the dark highway until it cooled down enough for him to get to a gas station for water. He sat their for a while before carefully coming home. Then, he got into his car and drove to work. It was nice to have a car while it lasted. 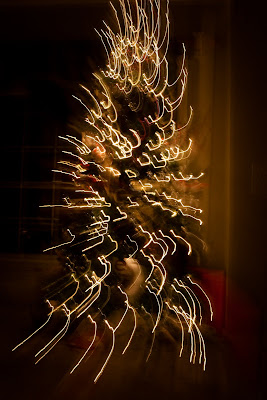 Tonight, while Dave was taking a bath, Ethan went in to visit him. Five minutes later, Ethan came to me and said, "Momma, I want a brother or sister." Then he continued to say this getting upset. He then fell on the floor crying, "I want a sister to play with!" There were real tears. Oh brother! Thanks Dave!
Posted by Jennifer Evans at 8:13 PM

Wow! What did you say!?! Was your shock and the not saying anything that put him over the edge? Did Ethan say "I want!" or his most famous saying right now, "I need!" ...so? Is Ethan getting what he wants for Christmas?